My background and history with Drupal:
I started working with Drupal in 2006, with D4.6. Drupal has been exclusively at the centre of my profession since 2009. During this period, I have been a developer, a trainer, a speaker, a technical lead, a manager - and everything in between.

Why I'm running as a candidate:
For me, the best part of Drupal is not the actual code, but the philosophy behind Drupal. Drupal has given me so much, and I want to give back as much as possible to this amazing community. I love attending Drupal conferences, and I would like to make sure that future conferences are even more successful compared to the past ones. And given I live in Australia, if I can help make DrupalSouths a success, I would love to do that.
In addition to the DrupalSouth conference, I would also like to contribute towards bringing the Australian Drupal community closer together.

Why you should vote for me:
I am a well known member in the Drupal community (at least I would like to think so :D )
In the past I have volunteered in as many Drupal conferences as possible (DrupalCon and DrupalSouth included). And that has given me a better understanding of how these events run. I would like to now be more involved in planning these events and I’m keen to contribute towards making them a success.
My commitment to Drupal and the community in general can also be seen in the fact that in 2018 I ran for the Drupal Association. Unfortunately I was unsuccessful, but my interest in that roles shows my general commitment to Drupal.
I also tried for the DrupalSouth steering committee in 2019. 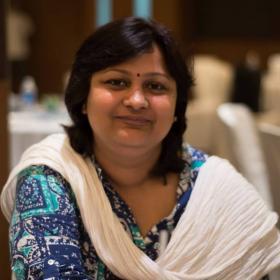